The Importance of Frosted Glass within Bathrooms

It’s a common sight to see a specific window within a home to possess frosted glass, and when viewing from the outside it can be very difficult, if not impossible, to see inside of. This type of installation occurs by applying a frosted window film to the interior or exterior of the glass in most cases; although older homes may feature frosted glass that has been moulded to shape. This kind of material is now commonly used in modern bathroom renovations in Perth and around Australia.

Although frosted glass can be installed within any room; it makes much more sense to install it in rooms that require a higher level of privacy than say, a dining room. Bathrooms are the typical subjects for frosted glass installations, or at the very least frosted window film application.

The reason for this is obvious, as most people won’t enjoy being visible to the general public whilst they bath or shower. By applying a layer of security film or frosting to the glass, anyone watching from the outside won’t be able to see intricate details – providing a steady source of privacy whenever anyone is using the bathroom.

As the frosting is almost transparent in colour, it relies on distorting the view as opposed to completely blocking the light. This is an important thing to consider, particularly as a good source of light is vital for being able to navigate around the bathroom. By distorting the view, anyone inside of the bathroom can rest assured that they won’t be visible to the outside world, without having to keep the bathroom light on when the room is in use.

There are other instances where frosted glass can be applied within a home, although it’s much more likely that other windows could benefit from a tinted security film if privacy or protection from the sun is required. Kitchens and living areas are two of the most common locations that stand to benefit from tinted security films, especially if they are facing direct sunlight during the day.

Rather than applying frosting (which will restrict visibility), it’s advised than a soft level of tinting is applied to the glass itself. The procedure is fairly straight forwards but is best left to the professionals like those at They have years of experience when it comes to applying and installing window tints, security film and frosted windows.

They use state of the art equipment to ensure that the tint is fluent throughout, and their friendly team has taken on projects of all sizes. If you have any questions or enquiries, or if you’d like to book their services then don’t hesitate to get in touch with them using the website above, or by calling them directly to speak to one of their knowledgeable members of staff. 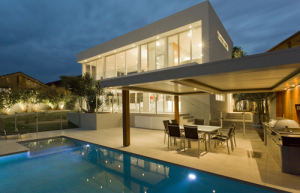 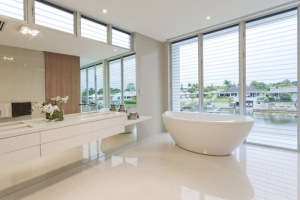